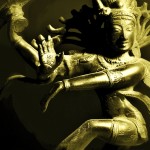 New Sessions beginning in September 2016 for Kids and Adults !

More than 25 years of  Training in Dance

*Certification available for all courses 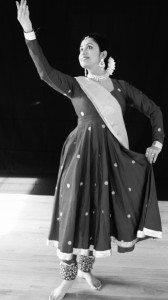 A unique dance form which originated in Manipur, a geographically secluded state of northeastern India, characterized by delicate feminine movements (Lasya or NupiJagoi) paired with powerful masculine movements (Tandava or NipaJagoi). Gentle swaying, acrobatic leaps, intricate footwork, vibrant costuming and facial expressions are used to show religious devotion and can be seen at many events and rituals in Manipur. Unlike other Indian dance forms, dancers do not wear ankle bells or incorporate powerful foot strikes into their dance, instead making their steps more graceful and aimed at piety.

“A dance born in temples, flourished in the courts and was itself transformed”.The word kathak, derived from the Sanskrit word ‘katha’, means the art of storytelling. Thought to be as old as the Aryan civilization itself, Kathak was born in the temples and told stories of religion and mythology. Later, under the patronage of the Moghuls, kathak flourished in the royal courts and a growing appreciation for this art led to an enhancement in the dance itself. With the Moghuls’ Persian influence came more emphasis on intricate technique, mathematically sophisticated footwork and a complex use of rhythm and time measurement. Thus Kathak emerged stronger with the fusion of the two contrasting Hindu and Moghul cultures woven into its intricate fabric. Often paired with Hindustani classical music, its quick, percussive footwork mirrors the beats on a tabla drum while the spins, elegant hand movements and emotion that are also seen in Kathak, help dancers express the highs and lows of each tale.

A lot can be said about its mesmerizing beauty, but one has to actually experience Kathak to be able to feel its soul.

Contemporary dance is the name for a modern concert dance genre. Like any other contemporary dance form, Indian contemporary dance  is not a specific dance technique but a collection of methods developed from classical and martial art forms of India and can take on many forms including dance fusion, emergent dance and revisionism.

Their dance holds the power to transform the ordinary, through rich imagery, physical articulations and dynamism. From ideas to movement,their creations are inspired from Indian aesthetic frameworks and sensibilities. Using indigenious forms, technology and interdisciplinary approach they deliver “ artistic entertainment” to a global audience.The classical and contemporary dance  in India flow into one another and draw content from each other to create new, unique and modern  compositions.